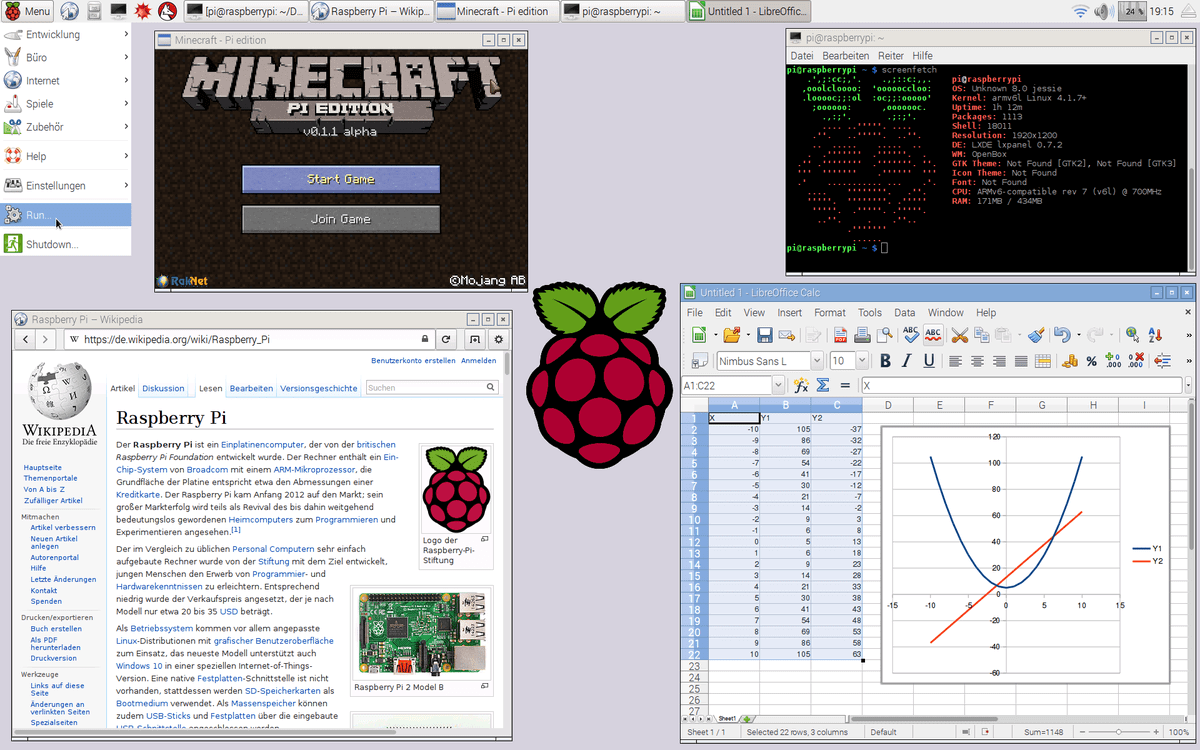 Raspbian is a highly optimized Debian-derived Linux-based distro made for Raspberry Pi boards. It supports all of Raspberry Pi’s products going back to the very first Raspberry Pi from 2012. The BCM2835 found on that first board is based on ARMv6 technology so it cannot run Debian ports or Ubuntu ports compiled for ARMv7 or ARMv8 (64-bit). Thus Raspbian was created from Debian packages compiled to target ARMv6 with VFPv2 instead of VFPv3+ and NEON float point support found in ARMv7+.

The Raspberry Pi Foundation and the community maintains this light operating system and suited it with a bundle of utilities for the education market including Scratch, Mathematica, Wolfram, and more. The custom desktop UI uses LXDE which uses very little RAM and processing power compared to traditional PC desktop environments like Gnome and KDE. This allows students, educators, and other people without Linux terminal knowledge to use the devices in a format that they are accustomed to.

Because Debian is FOSS and community-driven, it is very easy to run Raspbian on top of other hardware. We have mated our Linux 4.14 LTS kernel and bootloader for AML-S905X-CC to Raspbian. If you are coming from a Raspberry Pi board, this image should provide the same intuitiveness and tools that you are familiar with. There were two improvements made: automatic swap partition creation and localization to US English.

The kernel is compiled as 64-bit ARMv8 and running the 32-bit ARMv6 Raspbian user-space. This means that the full performance benefits of 64-bit ARMv8 architecture will not be in the native applications but you get significant in-kernel improvements. Raspbian also doesn’t support multiarch so it is not simple to run 64-bit ARMv8 applications with this image. This also prevents 3D acceleration by the GPU although the LXDE desktop environment is plenty fast without it.

We will spin our own fully 64-bit Ubuntu image based on LXDE as well in the near future. Look forward to a full suite of Tritium images including Raspbian in another week as Linux 4.18 stabilizes.

You can grab this image from the AML-S905X-CC product page under Downloads. There’s also a Google Drive share link in the README.txt. Please give it a spin and let us know what you think. Have a wonderful July 4th!