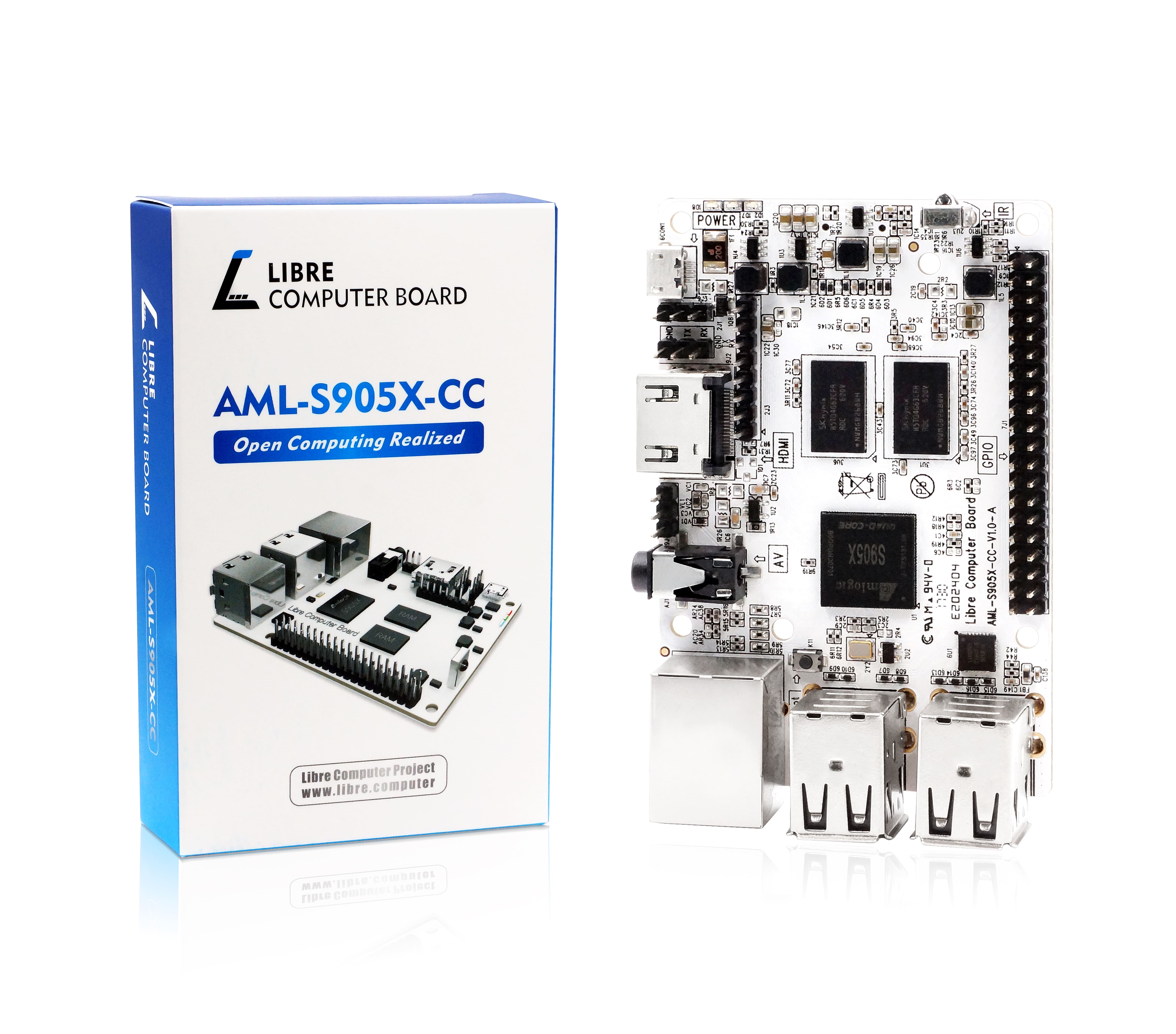 We ran a few benchmarks before to demonstrate the design and performance improvements of the AML-S905X-CC (Le Potato) platform over the Raspberry Pi 3 Model B. Although we've released the numbers, we never quite gave any visual presentation of said improvements. Here are some graphs to help you understand the differences.

All tests were done on the latest Raspbian 4.9 Stretch for the Raspberry Pi 3 and Ubuntu 16.04 LTS for the AML-S905X-CC.

The Sysbench CPU test is an useless benchmark for comparing relative hardware performance when using different distros but it does demonstrate architecture advantages of a modern ARMv8 ecosystem over legacy ARM ISA ecyosystems. Raspberry Pi 3's throughput in combination with Raspbian does not perform well since it is based on ARMv6. AML-S905X-CC with ARMv8 Ubuntu takes less than 1/10th the time to complete the same task.

AES is fundamental to securing communication on the internet and at home. When you browse the websites, transfer files, or use web-enabled applications, you are most likely to be invisibly using AES. AML-S905X-CC supports ARM's Crypto Extensions for accelerating AES encryption and decryption. With the core crypto extensions, AML-S905X-CC performs 20 times faster than NEON-accelerated AES on the Raspberry Pi 3.

AML-S905X-CC is equipped with DDR3-2133 RAM to cope with the high bandwidth requirements of 4K HDR content. Although Raspberry Pi 3 is advertised as LPDDR2-1066, the performance is reflective of LPDDR2-1333. It is possible that newer batches of Raspberry Pi 3 use quicker DRAM or the foundation updated the firmware to increase the DRAM clock speed since launch.

Two optimized C applications enjoy significant performance improvements. You will see a 25%-50% speedup on most applications due to the increased clock speed. Real world performance will show even greater improvements due to the thermal headroom from the significantly lower power consumption of the AML-S905X-CC. We ran into multiple issues with the Raspberry Pi 3 which we will covered later.

Java throughput increases signficantly on AML-S905X-CC with Ubuntu than with Raspberry Pi 3 with Raspbian. Some of the performance increase can be attributed running in ARMv8 64-bit mode.

Raspberry Pi 3 does not support voltage switching on the MicroSD card. It is not able to enter the SDR104 UHS mode supported by most high performance cards. AML-S905X-CC unlocks this capability and allows read and write operations to be performed more than 3X as fast.

While running these benchmarks, we noticed significant deficiencies of the Raspberry Pi 3 Model B. At first we thought it was our specific board but it was repeatable on every Raspberry Pi 3 Model B we purchased. Using a programmable DC power supply set for 5.1V was not sufficient to prevent the nasty rainbow square issue at full load. The polyfuse on the Raspberry Pi 3 experienced unexpectedly high voltage drop at just 1.5A. This caused huge inconsistencies in its benchmark results until we determined the cause. We had to drive the MicroUSB plug at 5.55V in order for it to achieve the necessary voltage levels on the 5V rails to prevent firmware clock throttling at full load. This is a startling design flaw for a board that has sold several million units. The design issue is the source of numerous complaints online.

Please note that this is partially comparing Raspbian against Ubuntu so the first sysbench numbers do not characterize the overall CPU performance of the Raspberry Pi. The Raspbian distro is using newer compiler toolchain since it is based on Debian Stretch. When Ubuntu 18.04 with Wayland arrives, we plan to upstream more support for the AML-S905X-CC and do an apples-to-apples comparison based on Ubuntu rather than Raspbian for the Raspberry Pi 3 Model B.

AML-S905X-CC (Le Potato) is available on Amazon USA and via our reseller LoveRPi.